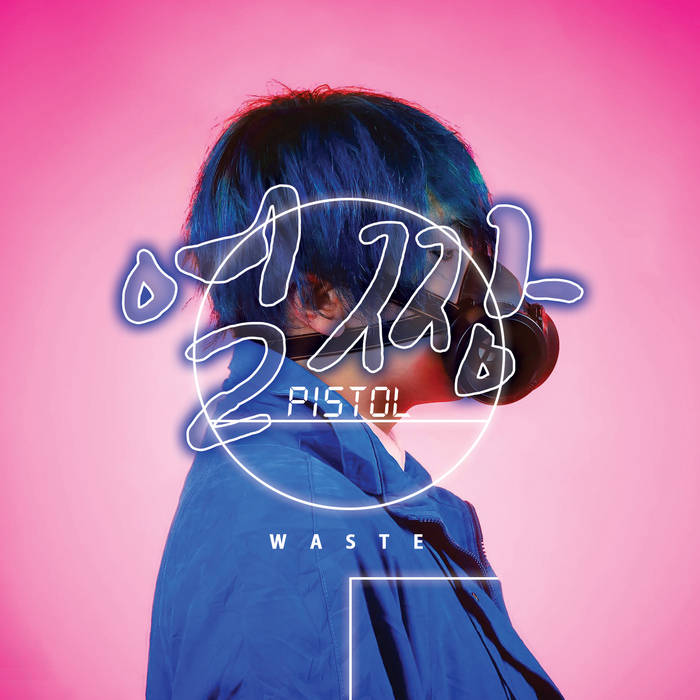 Mya-Lin THIS. ENTIRE. ALBUM.
It's so good. I honestly cant get over it. It's hard for me to even pick a single track I like the most because I enjoy all of them in different ways for different reasons. It's bubbly, romantic, ethereal and gently (sad) altogether. Each song brings you a different feeling. "I MIss You" brings yearning while others bring brightness. I love this album wholeheartedly, I was excited for a good reason, UP advances from "Girlfriend" into songs with more depth and greater sound.

Ulzzang Pistol's 2nd Album "Waste" is a philosophical canvas, dwelling on the narrowing human concepts of hopelessness and regret, yet with an endless resilience that such nihilism can only provide.

The "waste" of the album can refer to many things, such as the simultaneous sense of apathy and change. A blooming self-realization that only results in an existential question of wasted effort. Much more literally, the album also speaks on the "waste" of talent. The unsung voices, the short-reaching, yet emotionally riveting sounds of the global underground.

In that sense, "Waste" is most notably an ode to the Korean music scene, indebting itself by featuring a variety of artists from the indie and net scene in Korea - pushing them at the forefront to help distinguish a greater bridge and sense of cultural exchange between Korea and Ulzzang's native Philippines.

Throughout "Waste" is a well-documented exploration and love for the genre that many may refer to as K-Pop, yet on a level that is often overlooked by Western audiences and displays the genre as something beyond its mainstream interpretation. Whether it be the illustrious city vibes of "Long Distance" with yukari, the mournful croons of Oh Hee Jung on the bouncy "Photosynthesis" or the empowering electro-pop of EunoH on "Waste," the album showcases a large diversity of the Korean music scene.

Ulzzang Pistol's name itself is even a nod to South Korean pop culture, the term "ulzzang" literally translating to "best face" or "good-looking." The "ulzzang" style has spread far and wide beyond the scope of East Asia. To Ulzzang Pistol, everyone can be an "ulzzang" with their own "best face" and love for themselves. The "pistol" hopes to destroy the standards of beauty and empower those to express themselves confidently in their own way.

With "Waste" we are taught that sometimes it is at our lowest place that we take the biggest gamble to make change, whether that path lead to better or worse. The unknown path is taken without regret and without waste.

Remix by Oh My Muu
soundcloud.com/ohmymuu