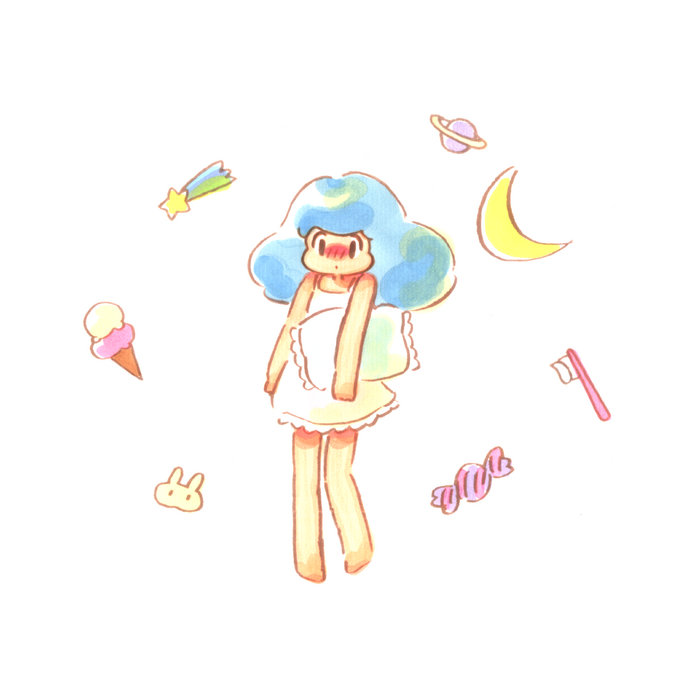 Heavenly and playful ghost sounds from DJ Obake of Her Ghost Friend, a colorful twee/hip-hop/J-Pop duo where Obake serves as the colorful track producer.

“H” is the DJ Obake’s first collaborative release with Zoom Lens. By himself, DJ Obake is allowed to experiment away from Her Ghost Friend to create a new world of his own. “H” is the Japanese slang for sex, although the album’s sound is marked by something much more innocent in scope.

The palette of sounds presented on “H” will remind listeners of the more meditative moments of games like Katamari Damacy and the thick melodies of Yellow Magic Orchestra, coupled with the complex electronics of Kid606, the twee energy of Girlsareshort and the upbeat, yet low-end sound of Daedelus.

“H” is the first album of Zoom Lens’ 2015 roster and is the perfect introduction towards the start of something joyous and new!